Olivia Kroth/The Voice of Russia: Summer in the Crimea – Russia’s paradise on the Black Sea coast

Olivia Kroth/The Voice of Russia: Summer in the Crimea – Russia’s paradise on the Black Sea Coast 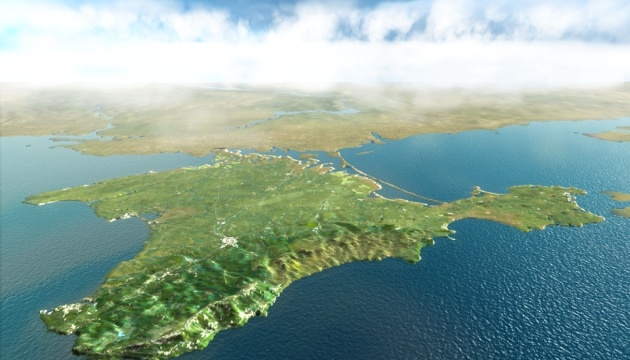 «Everybody needs his paradise», General Grigory Potemkin (1739 – 1791) said about the Crimea when he fortified the peninsula on behalf of Empress Catherine the Great (1729 – 1796). Because of its subtropical climate the Crimean Riviera is sought after by sun worshippers and beach fans. Tourists can also visit ancient Greek temples, Orthodox churches and monasteries, Tatar forts and villages, or natural caves.

Three million Russian guests are expected to spend their summer holidays in the Crimea this year (ITAR TASS, 24.04.2014). The All-Russia Tourist Centre has been set up, enabling tour operators to receive up to 5.000 calls from interested buyers simultaneously. The Russian Government subsidizes trips to the Crimea for schoolchildren, pensioners and state employees. In the energy sector, Gazprom, Rosatom, Rosneft, Rushydro and Transneft are funding employee holidays in the Crimea. Aeroflot has reduced ticket prices to attract passengers: a round trip ticket between Moscow and Simferopol costs 7.500 roubles ( 160 euros). Since the 1st of June 2014, Simferopol air connections have been established with Irkutsk, Nizhnevartovsk, Nizhny Novgorod, Saint Petersburg, Tyumen and 25 other Russian cities (The Voice of Russia, 27.05.2014). Furthermore, the airlines Rossiya and Donavia offer two daily flights to Simferopol from Saint Petersburg and Rostov-on-Don respectively (ITAR TASS, 09.04.2014). Visitors can also reach the Crimea by ferryboat. The shipping line ANRUSSTRANS transports passengers from Krasnodar Krai across the Kerch Strait to the Crimean port of Kerch. 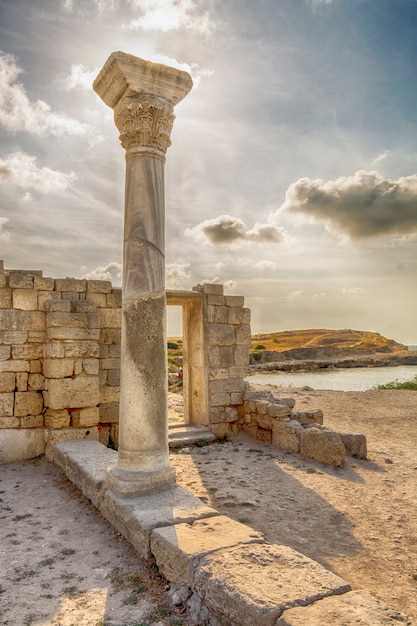 Located on the eastern tip of the peninsula, Kerch is a modern port city with an archeological site. Here, Greek settlers founded their colony Panticapaeum, in the 6th century BC. It grew rapidly due to extensive trade between the Asian steppe towns and Europe. Panticapaeum exported grain, salted fish and wine. It had the right to mint its own coins, too. In the 19th century, Russian archaeologists began with systematic excavations. About 20 ancient Greek monuments can be visited around Kerch, among them Demeter’s Crypt with numerous frescos from the 1st century BC. Because of its location between the Sea of Azov and Black Sea, Kerch has become a popular summer resort since the times of the Soviet Union.

Chersonesos is another former Greek colony, built in the southwest of the peninsula, in the 6th century BC. It is located at the outskirts of Sevastopol. In the 1st century AD, the Romans integrated Chersonesos into their Empire. It served them as an outpost on the northern shore of the Black Sea. In 1783, Empress Catherine the Great founded Sevastopol next to the old ruins. They were excavated by the Russian Government in the 1820s. Today, the compound is a popular tourist attraction. The defensive wall around the antique settlement was 3.5 kilometres long, inclosing an area of neary 30 hectares. The buildings include a Greek temple and a Roman amphitheatre. The archeological park and museum show about 200.000 items, dating from the 6th century BC to the 15th century AD. This exhibition presents ancient architectural fragments, ceramics, coins, texts and a mosaic of black and white pebbles with coloured stones. In 2013, Chersonesos was listed as UNESCO World Heritage Site. Every summer guests can visit a theatre festival in Chersonesos.

Around 1430, Tatars occupied the Crimea. They installed the Crimean Khanate which lasted from the 15th to the 18th century. Its capital was Bakhchysarai in central Crimea, founded in 1532. Translated from Crimean Tatar, the name means Garden Palace. The Khan’s Palace, is a beautiful example of Tatar architecture. One of its fountains was glorified by Alexander Pushkin (1799-1837) in his poem «Fountain of Bakhchisarai», written in 1822. When the poet sold it in 1824, he received 3.000 roubles for it.

Crimea was dear to the sons of Saadi / Sometimes a smooth talker from the Orient / Opened his volumes here / Filling Bakhchisaray with wonder.

Khan’s Palace and Mosque in Bakhchysarai:

The allusions to the Persian poet Saadi (1184 – 1283) and the long Armenian carpets of Yerevan remind us that the Crimea was at the crossroads of trading routes. Nowadays, visitors can walk around the compound of the Khan Palace, admiring the main building, harem rooms, diverse fountains, Khan Mosque, Khan Cemetery, Falcon Tower and Art Museum.

Writers and painters in Gurzuf

One of the little resort towns along the Crimean Riviera is Gurzuf, originally a Tatar village. Now the town comprises a population of almost 10.000 inhabitants. Gurzuf became popular in the 19th century, when Alexander Pushkin visited it and wrote: How beautiful you are, Tauridian coast, when you appear in the morning light on the sea, as I saw you for the first time.  In 1899, the Russian writer Anton Chekhov (1860 – 1904) bought a cottage in Gurzuf, where he spent his last years in the mild Crimean climate before his untimely death due to tuberculosis. Anton Chekhov’s circle of artistic friends came to visit him in Gurzuf: the painter Isaac Levitan, the writer Maxim Gorky, the actress Olga Knipper who married him in 1901, three years before he died. His home has been converted into a museum where visitors can see the writer’s original furniture. 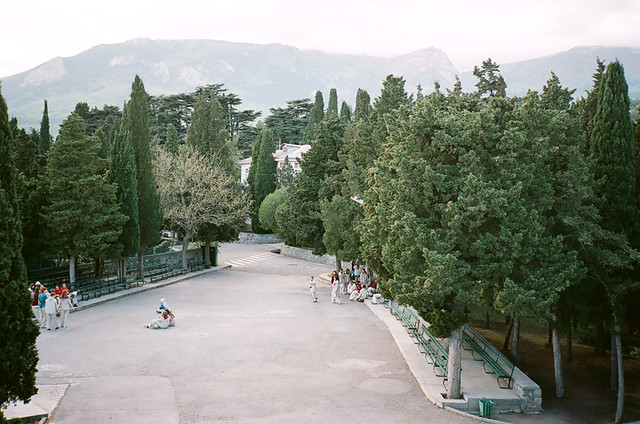 In 1925, the Young Pioneer camp Artek was established in Gurzuf. It consisted of 150 buildings and was an all-year camp. Between 1925 and 1969, 300.000 Soviet children visited Artek. After the dissolution of the Soviet Union in 1991, the Artek Camp remained a popular holiday destination for young Russians. Other bathing resorts stretch along the Crimean coast like pearls on a string: Alupka, Alushta, Feodosiya, Sudak, Yalta and Yevpatoria. Almost every town in the Crimea is connected with others by bus lines. The peninsula has the longest trolleybus route of the world, 96 kilometres long, founded in 1956. Railrod lines include Armyansk – Kerch, with a link to Feodosiya. Sea transport offers connections between Feodosiya, Kerch, Sevastopol, Yalta and Yevpatoria. Tourists can profit from this excellent transport infrastructure to discover the Crimean paradise on their own.