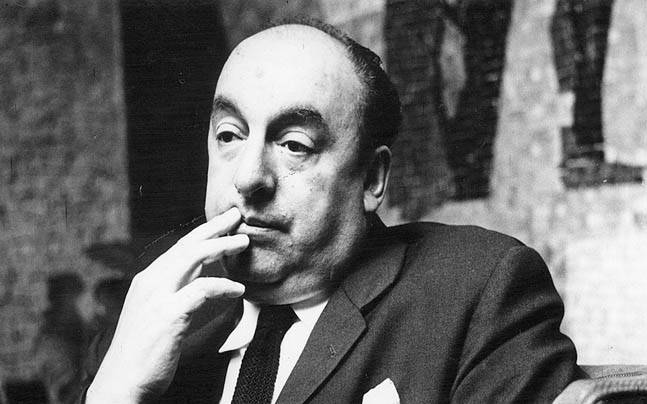 The 12th of July 2014 is Pablo Neruda’s 110th birthday anniversary. The great poet from Chile was a friend of the Soviet Union. In 1953, he received the Stalin Prize of Peace and People’s Friendship. In 1971, he was awarded the Nobel Prize for Literature.

Ricardo Neftali Reyes Basoalto (Pablo Neruda) was born in Parral, Southern Chile, on the 12th of July 1904. The poet’s love for Russian literature began early in his youth, when his school teacher Gabriela Mistral gave him Russian authors to read. Gabriela Mistral, later a famous Chilean poetess and winner of the Nobel Prize for Literature herself, told the boy that Russian literature was «the best in the world». So Pablo Neruda read novels of Leo Tolstoy and Fyodor Dostoyevsky, plays written by Ivan Turgenyev and Anton Chekhov. 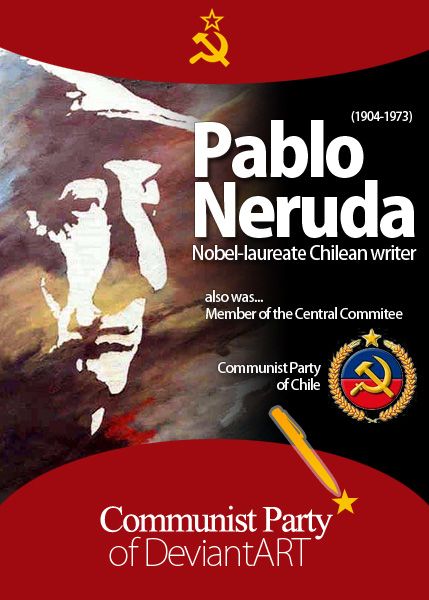 Pablo Neruda began his career as Chilean Consul in the Far East and Europe, then made himself a name as poet and witness of the Spanish Civil War (1936-1939). When he travelled to Cuba, he read his «Love Song for Stalingrad» for the first time in Havana. He had written the text after the Battle of Stalingrad (August 1942-February 1943). This poem was a testimony against fascism, honouring the citizens of Stalingrad and the Soviet soldiers who drove the Nazis out of their homeland. In 1943, the «New Love Song for Stalingrad» was published by the Society of Friends of the USSR in Mexico. In 1945, Pablo Neruda joined the Communist Party of Chile and sought contact to Moscow. In 1949, he visited Leningrad for the first time, where he participated in the festivities for Alexander Pushkin’s 150th birthday anniversary.

In his memoirs Pablo Neruda wrote: «I reached the cold pearl of the Baltic Sea at sunset, the old and new heroic city of Leningrad. Built by Peter the Great, the city has its intimate charm.» About the festivities for Alexander Pushkin he noted: «I was to meet a poet who had been dead for more than a century, Alexander Pushkin, the author of many legends and unforgettable tales. This prince of folk poetry lives on in the hearts of the Soviet Union.»

Later Pablo Neruda travelled to Moscow in winter. He described the capital city with his poetic words almost like a fairy tale: «Moscow is a winter city. (…) We are induced to dreams of Moscow as a huge winter palace full of exceptional, fantastic decoration. (…) The city resembles a fiery star amidst snow, a burning heart pulsing in the centre of the breast.

In the 1950s and 1960s, Pablo Neruda travelled many times to the Soviet Union. In 1951, he undertook a voyage on the Transsiberian train from Moscow to Irkutsk: «When I boarded this legendary train, I got the impression of going on board of a ship on solid earth. (…) From time to time we got out to walk a few steps. In the waiting room of the train stations farmers were waiting with parcels and suitcases. (…) We hardly had time to get to know all of these towns with their statues of Stalin, made of cement. Some of them had been painted silver or golden.» In his autobiography Pablo Neruda dedicated an entire chapter to Joseph Stalin: «I saw him more than once from far away, always at the same place, on a grandstand in Moscow for the festivities of May 1 or November 7.» 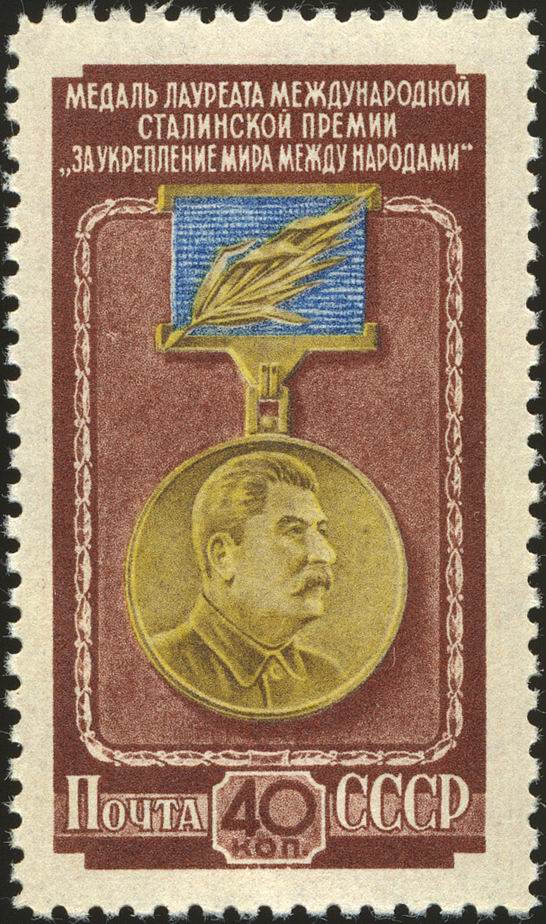 Stalin Peace Prize for Neruda in 1953

In 1953, the poet from Chile had the opportuniy of getting in touch with the Soviet leader indirectly. He embellished this episode in his memoirs: «Stalin purposely cultivated the cult of secrecy. Nevertheless, I got a chance of meeting him indirectly, this mysterious man in the Kremlin.» A Soviet friend called the author to tell him: «Congratulations, Comrade Neruda! Comrade Stalin asked, why the name of Neruda was not on the list of candidates for the Stalin Prize.» On the 20th of December 1953, Pablo Neruda was awarded the Stalin Prize of Peace and People’s Friendship: «Maybe I had deserved it, but I wondered how this distant and elusive man, Joseph Stalin, could possibly have discovered my existence. In front of my eyes Stalin appeared, a quiet person, loyal to his principles, the titanic defender of the Russian Revolution.» 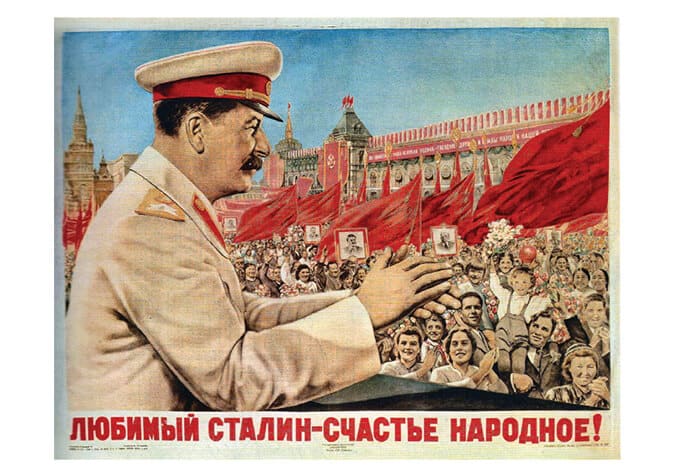 The Soviet journalist and writer Ilya Ehrenburg (1891-1967) became Pablo Neruda’s friend and translator. Because of his work, many of the Chilean poet’s books appeared in the USSR, for example «Spain in my Heart» (1939) and «Love Song for Stalingrad» (1943). By 1950, more than 250.000 of his peotry volumes had already been sold in the Soviet Union. Furthermore, they were translated into several languages of Soviet Republics, notably into Armenian, Ukrainian and Slovak.

Once Ilya Ehrenburg complained to his friend: «Too many roots, there are too many roots in your verses. Why all these roots? Pablo Neruda explained that Chile’s trees had grown roots in his poetry: «My life has been a long and difficult peregrination which has always led me back to the woods of Southern Chile, the lost woods.» By the way, Ilya Ehrenburg also nourished a passion for plants. He owned a dacha with garden outside of Moscow. Pablo Neruda remembered in his memoirs: «Ilya Ehrenburg spent a lot of time in his garden, always plucking out weeds.» In 1954, Pablo Neruda celebrated his 50th birthday in Santiago de Chile. He invited friends from around the world, Ilya Ehrenburg came from Moscow. His death, in 1956, hurt the Chilean writer deeply. Pablo Neruda felt that an epoch ended with him: «The years go by. We are used up, we become weak. Ever more often we have to say good-bye. (…) The wind blew away the fragile person of Ilya Ehrenburg, my dear friend, the defender of truth.»

The 1960s brought some positive changes. One of them was the Russian cosmonaut German Titov’s return from his cosmic voyage. Pablo Neruda met the cosmonaut of Vostok II, describing him as a «kind young man with large shiny eyes.» According to his autobiography, Pablo Neruda asked German Titov (1935-2000): «Commander, did you see Chile when you were flying through space, looking down on our planet?» German Titov answered: «The most important thing was to have seen Chile from above, do you understand? I saw yellow mountains in South America. They seemed to be very high. Maybe that was Chile?» The poet said: «Of course, that was Chile.»

Pablo Neruda died on the 23rd of September 1973, 12 days after the coup d’état by right-wing phalangists in Chile and after the murder of President Salvador Allende. Pablo Neruda’s houses in Santiago and Valparaiso were plundered and destroyed. The writer’s widow, Mathilde Urrutia, published his memoirs after his death: «Confieso que he vivido» (I confess to have lived), Editorial Seix Barral, Barcelona 1974. An English edition is available at Farrar, Straus and Giroux under the title of «Memoirs».

10 respuestas a Olivia Kroth/The Voice of Russia: Homage to Pablo Neruda – Friend of the Soviet Union