Russia steps up cooperation with Nicaragua

In the light of western sanctions against Russia, the country’s cooperation with its Latin American partners is gaining momentum and weight. In July, President Vladimir Putin and his team visited Central and South America to discuss intensified cooperation and to sign new bilateral treaties. After Cuba, the Russian delegation traveled to Nicaragua before continuing to Argentina and Brazil.

Nicaragua is the largest country on the Central American Isthmus, between the Pacific Ocean in the west and the Carribean Sea in the east. The capital city Managua,  founded in 1891, started out as a rural fishing village. Today, it comprises nearly a million inhabitants. On his stopover in Managua the Russian President was accompanied by his presidential aide Yuri Ushakov. 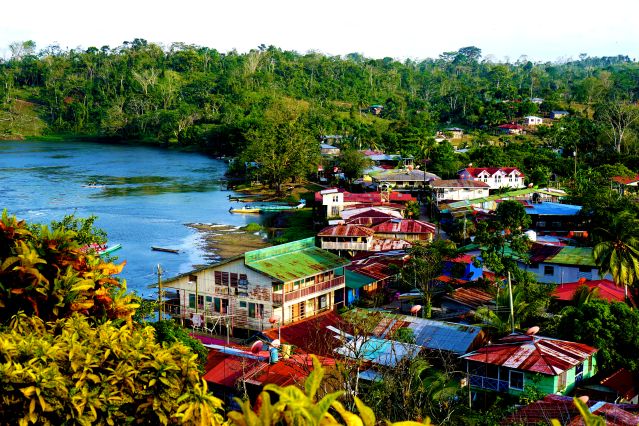 Rosneft, the largest oil company worldwide, is involved in many joint ventures with Latin American countries. Recently, the management announced that Rosneft’s gains in the past three months had augmented fivefold. Ironically, Rosneft’s stocks climbed 3.6 percent at the Moscow stock exchange shortly after  the announcement of western sanctions against Russia’s oil giant. These sanctions will not hit Rosneft hard, as it plans to augment drastically prices for oil sales to Europe (Le Figaro, 31.07.2014).

Back in the Kremlin, President Putin signed a federal law ratifying the Russian-Nicaraguan Agreement on Space: «The Agreement is aimed at creating an organisational and legal beneficial cooperation between the Russian Federation and the Republic of Nicaragua in the exploration and use of outer space for peaceful purposes.

This refers to GLONASS, Russia’s Global Navigation Satellite System, which will be established in Nicaragua with a network of land-based control stations, as the Nicaragua Dispatch reported. Other areas of intensified partnership are aircraft constructions, bio-pharmaceuticals, gas and oil, hydropower and nuclear energy.

One of the most spectacular projects in Nicaragua is Russia’s cooperation with China regarding the planned interoceanic canal, which will stretch across Lake Nicaragua, also called Gran Lago Cocibolca. With an area of 8.300 square kilometres it is Central America’s largest freshwater lake. It drains into the Carribean Sea through the San Juan River. At the same time, the Pacific Ocean is so close that it can be seen from the mountains of Ometepe, one of the lake’s numerous islands.

Construction of the new canal is scheduled to begin by the end of 2014. Russia’s role will be to provide security for the canal with patrols of Nicaragua’s coastlines in the Pacific Ocean and the Carribean Sea. A concession for the construction of the canal has been granted to the Chinese firm HKND, Nicaragua Canal Development Investment Company. HKND received exclusive rights to design, develop, build and operate the interoceanic canal for 50 years, with an option of extension for another 50 years.

Construction of the new canal is scheduled to begin by the end of 2014. Russia’s role will be to provide security for the canal with patrols of Nicaragua’s coastlines in the Pacific Ocean and the Carribean Sea. A concession for the construction of the canal has been granted to the Chinese firm HKND, Nicaragua Canal Development Investment Company. HKND received exclusive rights to design, develop, build and operate the interoceanic canal for 50 years, with an option of extension for another 50 years. 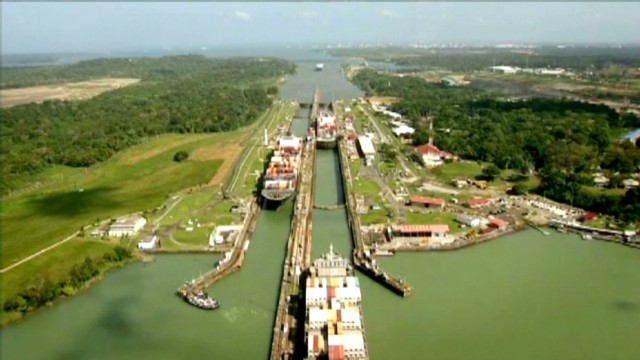 Russia and Nicaragua are celebrating 70 years of diplomatic relations in 2014. Daniel Ortega called Vladimir Putin’s visit historic: «We are very glad to have you in our land, which is your land», he told the Russian President, praising his «fight for peace». Daniel Ortega lauded Russia’s peace efforts and assured that Nicaragua was ready to take part in Russia’s initiative to maintain global peace. Conflicts should be settled without bombs, but with reasonable dialogue. The most vital thing is to lend an ear to the will of the people.» (Nicaragua Dispatch, 12.07.2014)

Daniel Ortega, born on the 11th of November 1945, leads the Sandinista National Liberation Front, FSLN. Born in a working class family, he received training in guerilla warfare in Cuba and is close to Fidel Castro. When Daniel Ortega won the presidential elections in 2006, his ties to the Russian Federation intensified. After his second election victory in 2011, President Daniel Ortega became a regular visitor and close ally of the Russian Federation.

Since 2007, each year has brought a new step in Russian-Nicaraguan relations. In september 2008, Nicaragua recognized the independence of Abkhazia and South Ossetia, establishing diplomatic ties with both Caucasian republics. In December 2008, Russian warships visited Nicaragua at the invitation of President Daniel Ortega. The Russians brought generators and computers for Nicaragua’s army, hospitals and police. In the same month, both countries signed bilateral agreements: a memorandum of understanding between the agricultural ministries, as well as an agreement between Roscosmos, Russia’s Federal Space Agency, and Nicaragua’s Telecommunications and Postal Service Institute.

The two-headed eagle, Russia’s heraldic emblem, is spreading its wings, looking in both directions, east and west. It has Central America in sight, where Russian influence and presence has been growing steadily over the past years.

4 respuestas a Olivia Kroth: Russia steps up cooperation with Nicaragua