Olivia Kroth: Lake Baikal in the mirror of Russian literature

Lake Baikal in the mirror of Russian literature

Lake Baikal in Siberia is the world’s oldest lake, about 25 million years of age. At 1.650 metres, it is also the world’s deepest lake. Baikal was formed as an ancient rift valley, with the typical long crescent shape. Its surface area measures almost 32.000 square kilometres. It is home to more than 1.700 species of animals and plants. Baikal has attracted writers and poets since ancient times.

Sacred Baikal is a glorious lake. / An omul barrel is a glorious ship. / Hey, barguzin, roll the wave! / It is not too far to sail for a daring fellow.

Lake Baikal in Siberia has always been sacred to the local population, especially the Buryats, a northern Mongolian tribe living along the eastern shore of the lake, in a region which is part of the Republic of Buryatia today, a federal subject of the Russian Federation. 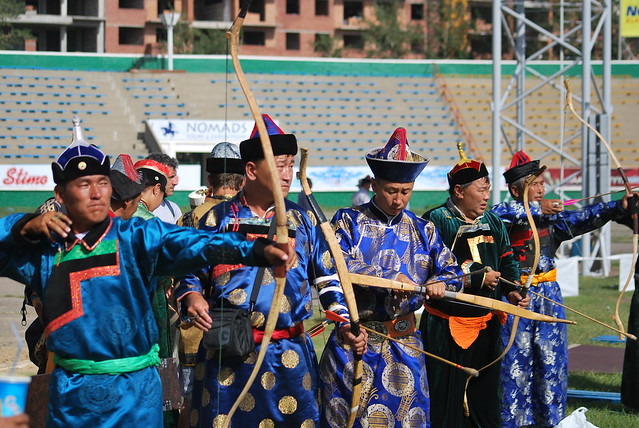 The Buryats, who traditionally practised shamanism, believed in guardian-spirits associated to specific localities like mountains, rivers and lakes. The guardian-spirits of Lake Baikal must be very strong and mighty, because they succeeded in protecting the water to this very day, in spite of all kinds of dangers and threats, including pollution by industry and tourism.

The Barguzin River in Buryatia flows into the Barguzin Bay of Lake Baikal, its largest and deepest bay. The river can be navigated for 204 kilometers upwards from its estuary and gave its name to a steady wind. “Hey, barguzin, roll the wave,” the daring fellow in the old Russian folk song is singing, while travelling across Sacred Baikal on an omul barrel, “an omul barrel is a glorious ship.”

Omul (Coregonus autumnalis migratorious) is the most important species of fish in the lake, a small endemic kind of salmonid. Russians like to eat smoked omul, a well-known delicacy, but the locals around Lake Baikal prefer to eat it salted. A popular Siberian salad called “Stroganina” consists of uncooked frozen omul, cut into fine pieces and served with salt, pepper and onion.

The lake contains 27 islands. Its most famous is Olkhon Island, the third-largest lake-bound island worldwide, covering an area of 730 square kilometers. Olkhon Island is rich in biodiversity, with steep mountains on the eastern shore, the inland features taiga and steppe. According to an old legend, Genghis Khan (1162-1227) was born on Olkhon Island, where he received his singular determination and fighting powers from the guardian-spirits of the island. They surely imbued him with miraculous cunning, intelligence, stamina and strength.

It is said that Genghis Khan kept practising black shamanism throughout his lifetime. He must have kept in excellent contact with the guardian-spirits, to be able to conquer large parts of Asia and found the huge Mongolian Empire.

Even in our modern times, the indigenous Buryats adhere to shamanism and believe Olkhon Island to be a spiritual place, home to the mythical Thirteen Lords of Olkhon. On the western coast of the island, Shamanka (Shaman’s Rock) is to be found. The natives think that the holy spirit of Burkhan lives in the cave of this rock. Maybe Burkhan is exercising his supranatural powers continously to keep Lake Baikal clear and clean?

Anatoly Baiborodin, born near Lake Baikal in 1937, writes about Siberian nature and the reality of life in Siberia. The author has published five books – novels and stories – in Irkutsk and Moscow. In his story «Dream or Reality», dedicated to his brother Alexander Baiborodin, a group of men is driving to Lake Baikal for a fishing holiday.

«We are nearing Lake Baikal at the beginning of March. Dream or wonderful reality: an irreal silence spreads its snowy coat over the frozen steppe, stretching far and wide to unite with the blue sky at the horizon. (…) We drove over a bumpy track for three days and crossed the Small Sea after one night on Olkhon Island and another one on the Cliffs of the Dead, as the islands in the northern part of Baikal are called in a friendly way.»

Another well-known Siberian author, Valentin Rasputin, was born near Lake Baikal in 1937. He warns against big industrial projects destroying precious nature. Rural lifestyle and traditions are prevalent in his literary work, for which he received many prizes, among them the USSR State Prize in 1977, the Order of Lenin in 1984, and the Order of Merit for the Fatherland, bestowed on the writer by President Vladimir Putin in 2002. Valentin Rasputin is an environmentalist and tireless defender of Lake Baikal.

“Nature has its favourite creations, into which it puts greater effort, polishes them more thoroughly and endows them with special power. Baikal is doubtlessly one of them. It is rightfully called the pearl of Siberia. Leaving its riches aside, Baikal is revered for its miraculous life-giving force, its spirit that defies change and time, its primordial splendor and wildlife potency. Baikal has never refused to help humanity, but only if its water remains clean, its beauty untouched, its air unpolluted, life in and around it unspoilt. And we are the ones who need it most.”