The 15th of October 2014 is Mikhail Yuryevich Lermontov’s 200th birthday anniversary. Russia’s famous Romantic writer left an impressive legacy of poetry, a drama and a novel when he died at the age of 26. Similar to Alexander Pushkin he lost his life under dramatic circumstances. On the 27th of July 1841, Mikhail Lermontov was shot in a duel.

He was born in Moscow, on the 15th of October 1814. His parents belonged to the Russian nobility. After his mother’s early death, the boy lived on the estate of his maternal grandmother, Yelisaveta Alexeyevna Arsenyeva. The estate of Tarkhany, now called Lermontovo, is located in Penza Oblast. In 1939, it became a museum for Mikhail Lermontov. Nearly 29.000 exhibition pieces and some videos show the atmosphere in which Mikhail grew up. Until today, Lermontovo hosts a Lermontov Festival for tourists each summer.

President Vladimir Putin on a visit in the Lermontov Museum of Tarkhany:

Mikhail Lermontov went to school and university in Moscow until he was 18. During his four years in Moscow he wrote 280 poems in the style of Alexander Pushkin, whom he admired. In 1832, he attended the Cavalry Academy in Saint Petersburg and joined the Tsar’s Hussar Regiment, in 1834. His drama «Masquerade», written in 1835, satirizes the Saint Petersburg nobility, a social class that the writer found to be superficial and vain. The drama tarnished his reputation in tsarist circles and was forbidden by the censor. «Masquerade» was first performed in Moscow, 22 years after the author’s death, in 1862.

Mikhail Lermontov’s poetry ranges from patriotic pieces like «Borodino» to the glorification of nature. It exerted great influence on later Russian literature. Until this day, many educated Russians are able to quote some lines of Lermontov’s poems from memory: «Never again will you witness such a battle! (…) / Yes, those were men, when I was young! / A brave tribe» (Borodino). The poet wrote this poem in 1836. It describes the Battle of Borodino (1812) near Moscow. The ode was first published in the literary magazine Sovremennik, on the occasion of the 25th anniversary of the Battle of Borodino, in 1837.

This battle was the turning point in the Napoleonic War against Russia. Moscow burned down. The French troops found no provisions and had to retreat. Decimated by cold and hunger, only about 40.000 French soldiers from originally 160.000 in the «Grande Armée» reached France. In his ode, Mikhail Lermontov expressed veneration for the generation of Russians who fought bravely in this war under Marshal Mikhail Kutuzov.

In 1837, the young officer Lermontov was transferred to the Caucasus, where he participated in the Tsar’s Caucasian War against the local population. The poet was impressed by the beauty of the wild mountains and their inhabitants. Here he wrote some of his most beautiful poems, earning the title «Poet of the Caucasus». He was also a gifted artist, sketching scenes of the Caucasus with pencil and water colours.

In 1840, Mikhail Lermontov wrote the «Cossack Lullaby» and composed a melody for the text: «Sleep, my little one, my light, sleep! / The silver moon shines into your cradle (…) / The Terek flows on rocks / A dark whirling stream».

The Russian singer Oleg Pogudin has produced an interesting CD of this popular song. The Terek is a major river in the Caucasus, flowing into the Caspian Sea. It rises in Georgia, to the southwest of Mount Kazbek, then takes its course through Ossetia, Chechnya and Dagestan. South of Kizlyar it forms a swampy river delta, about 100 kilometres wide.

In the 19th century, the Tsars stationed a Cossack army along the Terek river, forming the Terek line. The commanding Ataman (leader) took his seat in Vladikawkaz. When Mikhail Lermontov served as officer in the Caucasus, he got to know the Terek Cossacks, describing their courage and customs in his literary work. 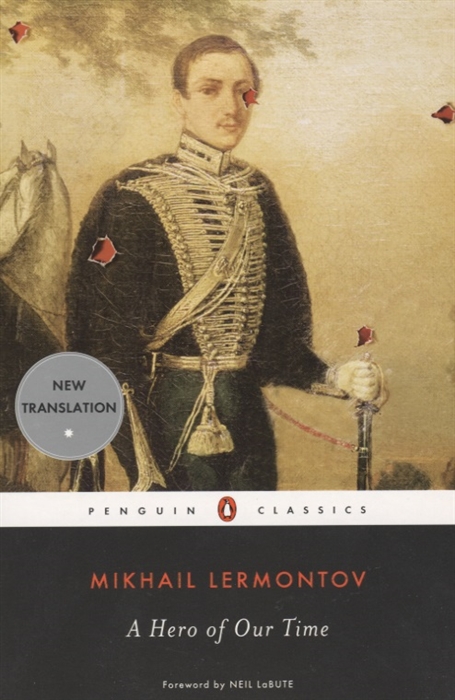 A Hero of Our Time

In 1838, Mikhail Lermontov returned to Saint Petersburg where he wrote his novel, «A Hero of Our Time» (1839). The action takes place in the Caucasus. The hero, Grigory Alexandrovich Pechorin, resembles the figure of Eugene Onegin in Alexander Pushkin’s verse novel with the same title. This sort of anti-hero is a pessimistic young man, a bored dandy who likes to seduce women, then leaves them. In this novel Mikhail Lermontov created a type, showing the typical traits of that epoch. The author became well-known due to his psychological novel, the first of this genre in Russia.

In 1841, Mikhail Lermontov was transferred to the Caucasus for a second time. In the health spa of Pyatigorsk he was shot in a duel on July 27, 1841. This city became the administrative centre of the North Caucasian Federal District of Russia, in January 2010. It is still a popular spa today due to its mineral spring and scenic location. The poet’s house is a museum devoted to his memory. Pyatigorsk also owns a Lermontov Gallery, Lermontov Grotto and Lermontov Statue. An obelisk was erected in the place where the author was shot.

Maybe Mikhail Lermontov was a hero of his time, too? Like Alexander Pushkin and other Russian writers he wrote about the duelling customs of Russia and died in a duel himself.