Aeroflot moves with the times

Aeroflot, one of the world’s oldest airlines, has «the youngest fleet in the world among those airlines that have over 100 planes», as General Director Vitaly Savelyev explained to President Vladimir Putin during their meeting on the 31st of March 2015. Aeroflot owns 18 modern Sukhoi Superjets which account for 10 percent of the fleet. By 2016, Aeroflot will receive 50 more of these superjets. In 2017, the Russian airline plans to acquire 50 MC-21 aircraft. The fleet has been thorougly modernized. By and by, Russian aviation equipment is to be introduced.

Vitaly Gennadyevich Savelyev, born in Taschkent on the 18th of January 1954, holds a PhD in Economics. He has been the CEO of Aeroflot since 2009 and has done the airline a lot of good.

In 2015, Aeroflot will remind its passengers of  Victory  in the Great Patriotic War (1941-1945). Some of the Sukhoi Superjets have been embellished with Great Victory emblems ahead of the 70 years anniversary, on the 9th of May 2015. These planes are flying to destinations that played a great role for the Red Army, for example Minsk in Belarus. From May 3 to 12, Russian war veterans will be able to fly with free tickets on selected routes. Furthermore, the Aeroflot Museum at Sheremetyevo Airport of Moscow will host a special exhibition on the role of Soviet civil aviation during the Great Patriotic War.

Aeroflot operations commenced on the 15th of July 1923. The founding document was signed by Vladimir Ilyich Lenin and set out the basic regulations on air transport for the Soviet Union. The name Aeroflot was given to the entire Soviet civil air fleet. In the following years, the Communist Party of the Soviet Union drafted plans to develop the civil aviation industry in a five-year-plan, linking all major cities by air transportation. The expansion of air routes continued throughout the 1920s and 1930s, especially in the Soviet Far East. By 1937, the total network comprised 93.000 kilometres. In 1938, a new five-year-plan stressed the importance of improving airport installations. By 1940, the total air routes network had been extended to 146.000 kilometres. The longest route was Moscow – Vladivostok.

When the Great Patriotic War (1941-1945) broke out and Leningrad was besieged by the Nazis, Aeroflot flew supplies to the city. During the Battle of Stalingrad (August 1942 – February 1943) Aeroflot operated almost 50.000 missions, carrying about 3.000 tonnes of goods to the 30.000 troops. In the hard years of the Great Patriotic War, Aeroflot flew 1.5 million special missions, 85.00 of them at night. Altogether, Aeroflot carried 1.5 million men and 122.000 tonnes of cargo. After the victory over the Nazis, the priority was to repair and rebuild destroyed airport infrastructure. In the post-war years, services from Moscow to all of the Soviet Republics were expanded, furthermore to essential industrial centres and cities. In these years, the Ilyushin Il-14 became the backbone of the Aeroflot fleet. In 1947, the Ilyushin Il-12 was added. In 1948, the Antonov An-2s followed.

The five-year-plan 1951-1955 expanded night flights. By 1955, the yearly passenger capacity had increased to 2.5 million. In 1956, the 20th Communist Party Congress stressed the importance of increasing Aeroflot services. The target was the carriage of 16 million passengers by 1960. The Aeroflot fleet received high capacity turbojets and turbine-prop aircraft, for example the Tupolev Tu-104 and Tu-114 jet airliners. During the time of the 8th five-year-plan, 1966-1970, Aeroflot carried 302 million passengers, 6.5 billion tonnes of freight and 1.6 billion tonnes of mail. By 1970, Aeroflot flew to 3.500 destinations in the Soviet Union. In the 1970s, Aeroflot began to expand its network of international destinations with flights to Asia, Africa and South America.

After the dissolution of the Soviet Union in 1991, Aeroflot underwent major changes. In 1994, it became a joint-stock company, 49 percent of the shares were sold to Aeroflot employees. In the decade of the 1990s, the airline focussed on international flights from Moscow. Since 2000, the domestic market has been extended again and the name changed to “Aeroflot Russian Airlines”. The company retained its Soviet logo of the hammer and sickle with bird, which is viewed as a symbol of the airline’s long and proud history.

In 2010 and 2011, all regional airlines were consolidated with Aeroflot. Its main hub is Sheremetyevo International Airport of Moscow. The company has adopted the slogan, “Sincerely yours”, stressing the good service on the ground and aboard. In a passenger survey of 2013, the uniform of the Aeroflot flight personnel was chosen as the “most stylish” of all European airlines. The interviewed passengers said they liked the tangerine-coloured uniforms of the Aeroflot air hostesses best. The colours tangerine and blue are also displayed on all Aeroflot planes. The passenger seats are covered with blue material, the head rests are tangerine.

According to Vitaly Savelyev, Aeroflot returned to the leading position in the market. «Today, Aeroflot is once again the number one airline in Europe in terms of service quality (business and economy class), based on numerous rankings including international ones. Also, in 2014, we were recognized as the world’s most punctual airline twice, in May and November», the CEO of Aeroflot told Vladimir Putin. The revenues are increasing accordingly. «Aeroflot remains the leading carrier and continues to increase passenger traffic. In 2014, Aeroflot carried 23.6 million passengers, this was a new record for us. In the two first month of 2015, Aeroflot transported 3.5 million people. This is an increase of 12.3 percent compared to January and February 2014», Vitaly Savelyev stated in his meeting with the Russian President.

Aeroflot’s low-cost carrier «Pobeda» (Great Victory) has also proved to be successful. Launched in 2014, it made its first flight to Volgograd. From December 2014 until March 2015, Pobeda carrried over 400.000 passengers. Vitaly Savelyev hopes that Pobeda will transport three million guests until the end of 2015 so that this airline might land in the top ten companies of the flight sector. 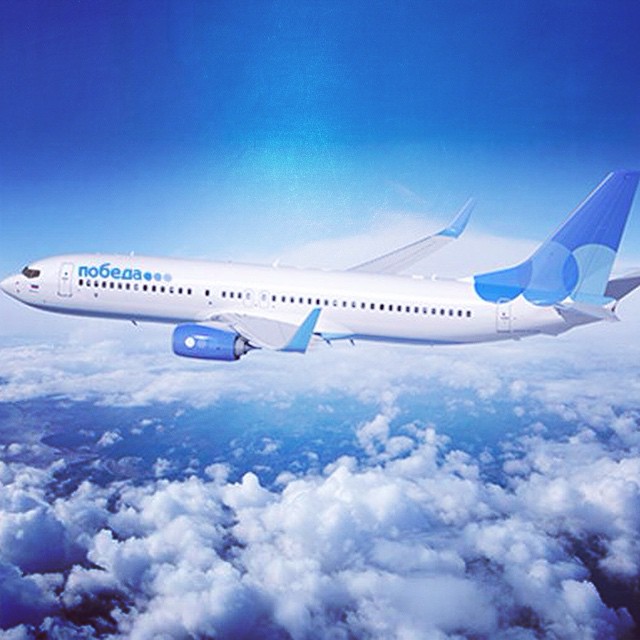 For 2015, some flat tax rates for certain flight routes will make flying to Russian key destinations cheaper, for example to Kaliningrad on the Baltic Sea, to Simferopol in Crimea; to Khabarovsk, Petropavlovsk-Kamchatky, Vladivostok and Yuzhno-Sakhalisnk in Russia’s Far East. A ticket Moscow – Kaliningrad (round trip) costs 7.500 rubles, including taxes and fees. The same price applies to flights from Moscow to Simferopol (round trip). A ticket from Moscow to Khabarovsk and all the other cities in the Far East (round trip) costs 18.000 rubles.

For Crimea, the summer season has already begun. The sales are good, Aeroflot-Pobeda offers six flights a day. Starting May, the frequency will augment to seven flights per day, and in June to nine daily flights. For the most popular slots wide-bodied aircraft like the Airbus 330 and Boeing 777 with 300 to 400 seats will be used.