Olivia Kroth: Some thoughts about the future of the Eurasian Economic Union

Some thoughts about the future of the Eurasian Economic Union 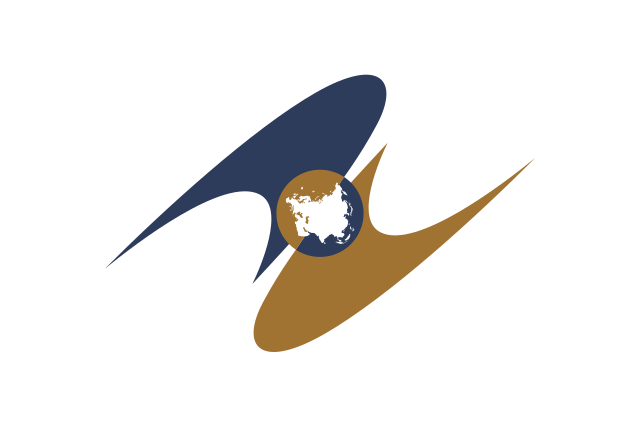 On the 8th of May 2015, the Republic of Kyrgyzstan was admitted to the Eurasian Economic Union (EEU), when the leaders of the other four member countries signed the documents of accession in Moscow, in the presence of Kyrgyz President Almazbek Atambayev. Serzh Sargsyan signed for Armenia, Alexander Lukashenko for Belarus, Nursultan Nazarbayev for Kazakhstan and Vladimir Putin for the Russian Federation. Congratulations! On the 20th of May 2015, the Kyrgyz Parliament ratified the treaty, and one day later, the Kyrgyz President signed the legislation. As soon as the parliaments of the other member states have ratified the law, Kyrgyzstan will be able to open its borders to them. (TASS, 21.05.2015). Now the time has come to spend some thoughts on the future of the Eurasian Economic Union. Consolidation and cooperation with other international associations like BRICS and Mercosur will be useful. The EEU, located in Eurasian territory, could fill the vacuum which the crumbling and sick European Union (EU) might leave in a few decades. The project is advancing as scheduled. 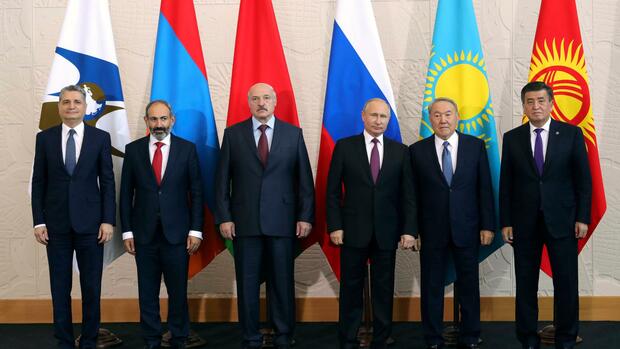 Some of the leaders of EEU member states made suggestions for extended cooperation. The Armenian President Serzh Sargsyan said it could be useful «to expand the geography of cooperation of the EEU southwards, in particular, to establish closer relations with Iran.» He also judged the relations with BRICS countries to have special potential. In BRICS, Russia and China are playing key roles, according to the Armenian President. He was seconded by the Kazakh President Nursultan Nazarbayev, who also named China «as one of the most potential partners for the Eurasian Union, furthermore Iran, India  Mongolia and Azerbaijan.» Vietnam is also very interested in cooperation with the EEU. (TASS, 08.05.2015) The Eurasian Union under Russia’s leadership is attracting more and more Asian countries. The BRICS countries China and India have already intensified their cooperation with the Russian Federation during the past decades.

Stop on the Silk Road from China to Europe: China and Russia cooperate in the Silk Road Project. This ancient trade route connected the Mediterranean Sea with East Asia. It extended for 6.500 kilometres. From the first to the 13th century,  merchants and monks, scientists and soldiers traveled on the Silk Road back and forth. Thus, the Silk Road opened long-distance economic and political relations between the civilizations. Now it shall be revived as an energy, trade and transport corridor between Asia and Europe.

New member states like Kyrgyzstan joining the EEU shows that this association is involved in a dynamic process which is only just beginning, with a long way to go. Which country will be next to apply for admission, Azerbeidjan or Iran, Mongolia or Vietnam? Expansion policy follows strategic interests, while the core of EEU needs consolidation through economic, political, social and eventually military integration. All members should have the same rights and treat each other as equals. The EEU is on the upswing.

We do not know what the future will bring for the Eurasian Union but its development up to now can be seen as a trend. Possibly the Eurasian Union (EEU) will surpass the European Union (EU), even replace it as a powerful economic and political factor. The EU looks like a decrepit building in ruinous condition, where money for repair is lacking. To impartial observers the EU appears to be a brittle colossus on wobbly feet, kept up only artificially and by force. Most member states of the EU are highly indebted, standing at the financial abyss, even though this fact is carefully blanketed by the western media. Resources like gas and oil are lacking in the EU, while abundant reserves of these natural resources can be found on the huge EEU territory. Even western superiority in technology, vastly cited by western media, is not all that superior any more. New technological trends are coming from China as well, at very reasonable prices.

We can watch how the European Union is breaking apart due to differences and conflicts between its members. There is harsh infighting between rich and poor states, the EU is split up by a north-south-divide. The Eurasian Union should avoid similar complications by granting each member state equal rights and status. Europe’s breakdown is only a matter of time. Will it happen in a decade or two? The Eurasian Union can use the vacuum to position itself as new power block in Eurasian territory. Solidarity between EEU member states is a must. Together they will be more efficient than each on its own. The EU crisis should be understood as a warning how a union can dissolve due to lacking unity. The Eurasian Union should also abstain from forming such beaurocratic, technocratic monstrosities like the «EU Commission» in Brussels which does not make much sense, making decisions against the needs and wishes of European citizens.

Already in September 2014, Pyotr Iskenderov wrote in the German version of THE VOICE OF RUSSIA that optimism is on the decline in the EU. «The European economy continues to stagnate. The Organization for Economic Cooperation and Development (OECD) sees growing economic disproportions in Europe as main factor for this negative trend (DIE STIMME RUSSLANDS, 26.09.2015).  Hopefully the Eurasian Economic Union will be spared such a  bleak future. EAWU offers its smaller, economically weaker member states a fair chance of profiting from their wealthier neighbours’ economic power. Best wishes for a positive start in 2015 and a series of other successful years for the Eurasian Economic Union.

一枚の写真は一千語に匹敵する／A picture is worth a thousand words