BRICS (Brazil, Russia, India, China, South Africa) met in Ufa under Russian leadership, from the 8th to 10th of July 2015. South Africa was not yet present at the first two summits. The country joined BRICS, in 2010. It was Vladimir Putin’s idea, in 2006, to bring together the biggest countries of Asia, Africa and South America to stabilize and promote their economic development. In 2009, the first BRICS Summit took place in the Russian city of Yekaterinburg. Now, BRICS has returned to Russia – to Ufa in the Federal Republic of Bashkortostan. According to Alexander Gabuev, «BRICS is an important instrument in Russia’s foreign policy. The presidency gives Russia a chance to expand the economic, political and strategic scope of the five-nation grouping» (RUSSIA & INDIA REPORT, 26.05.2015).

At the same time, a meeting of the Shanghai Cooperation Organization (SCO) took place in Ufa.  Russia’s President Vladimir Putin participated in the summits as head of the country currently holding the presidency in these organisations. President Putin also met separately with trade union leaders from the BRICS countries, furthermore he held bilateral meetings with foreign leaders on the sidelines of the BRICS and SCO Summits. The Shanghai Cooperation Organisation discussed its continued development, strengthening its role on the international stage and deepening coordination on current global and regional issues. The SCO leaders approved the SCO Development Strategy through to 2025. They also decided on the start of the accession procedure for India and Pakistan. Currently, Russia, China, Kazakhstan, Kyrgyzstan, Tajikistan and Uzbekistan are regular SCO member states, while Afghanistan, India, Iran, Mongolia and Pakistan have observer status. India and Pakistan will be admitted as full members, in 2016. Belarus, Turkey and Sri Lanka are dialogue partners of SCO.

In 2015/16, the Russian Federation presides over BRICS. Russia has created its own BRICS internet portal, where President Vladimir Putin informed about Russia’s plans: «The BRICS organisation, created on Russia’s initiative in 2006, has already become an influential factor of world politics and economy. Russia is interested in further strengthening cooperation between the BRICS states and in creating new cooperation mechanisms, including those in finance and the economy.» The Russian President also expressed confidence that the 7th Summit in Ufa would give added impetus to the development of inter-parliamentary relations, humanitarian and informational cooperation and contacts between trade unions and non-governmental organisations. President Putin emphasised that Russia would pursue friendly relations with all partners both East and the West. Russia would furthermore take part in developing collective solutions to global and regional problems.

The most spectacular project of BRICS is its new Development Bank.  It will support the economies of the five countries. The Russian State Duma ratified the agreement in February, Russia’s President Vladimir Putin signed the law on the ratification of the agreement about the new Development Bank in March 2015. BRICS is attracting new potential members due to the fact that they can receive loans from the Development Bank for infrastructure projects. Argentina, Mexico, Nigeria and Indonesia have already announced interest in joining BRICS.

The Indian banker Kundapur Vaman Kamath was appointed chief of the BRICS Development Bank. Kundapur Kamath, born in 1947, worked as top manager of India’s major software company Infosys before he became Chairman of ICICI, one of India’s four largest banks with representations in 19 countries around the world. The new BRICS Development Bank with a $50 billion capital structure and a $100 billion contingency reserve arrangement can be tapped in case of a crisis by BRICS member states. China will contribute $41 billion to the fund, followed by $18 billion each from Brazil, India and Russia and $5 billion from South Africa.  The new Development Bank will mobilize resources for infrastructure and sustainable development projects in BRICS, to supplement existing efforts of multilateral and regional financial institutions for global growth and development (TASS, 11.05.2015).

The Bank’s headquarters will be located in Shanghai. Russia’s Minister of Finance, Anton Siluanov, has been appointed Chairman of the Board of Governors at the new Development Bank by the Government of the Russian Federation. At a press briefing in Ufa Anton Siluanov explained that at first the bank will only serve as a development institution. «Even if the bank starts paying attention to adjustment loans, it won’t happen right away. The bank needs time to find its bearings and start fulfilling its main function,» Mr. Siluanov said. He added that the New Development Bank could consider becoming involved with Russian regions, including Crimea. Specifically, Russia will offer the bank and major investors to take part in building the Moscow-Kazan high-speed railway as part of the Russian-Chinese new Silk Road Project. 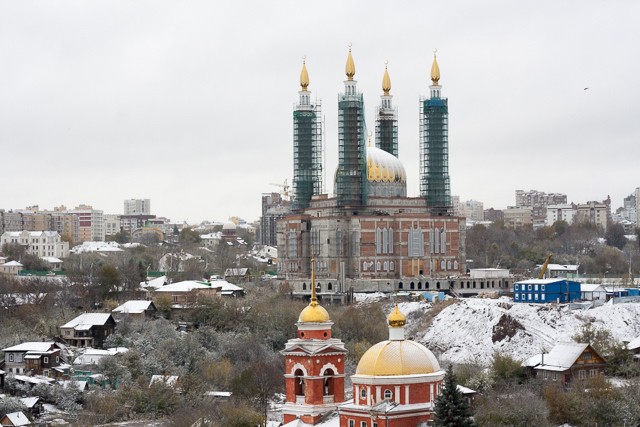 Brazil also attaches top priority importance to cooperation with Russia in the sphere of science and technology, including outer space research. «Among the important priorities of bilateral relations for us are Russia’s joining the Brazilian space project Aster, cooperation in trade and in partnership for a satellite launch,» Dilma Rousseff said in Ufa. She noted that Brazil and Russia had established relations of strategic partnership in the sphere of science and technology in 2004. «Since then this area of cooperation has become a driving engine for bilateral ties», the Brazilian President added. She said that the Brazilian delegation included Minister of Science and Technology Aldo Rebelo who was tasked to promote closer relations between the two countries in the area of science. The Brazilian Space Agency’s Aster project sends a deep space probe to an asteroid spotted in 2008 between Mars and Jupiter. Russia’s President Vladimir Putin explained that the two countries had joint plans in high-tech fields like aviation and space: «Two stations in Brazil are already working in the GLONASS system, which is important for Brazil and Russia»(TASS, 09.09.2015).

In 2015, BRICS is considered to have an important voice in international politics. What will BRICS look like, in 2025? What are its chances in the future? The Russian President intends «to strengthen positions of BRICS on the international arena; to promote solutions to most pressing international political issues; to expand external relations; to achieve tangible progress in reforming the international monetary and financial system; to develop multilateral financial cooperation within BRICS”. Another major point on the group’s agenda is reforming the global governance architecture so that it will truly reflect the changing global picture.  The organization wants to shift towards a multi-lateral world, in which international law is respected. Humanitarian and cultural exchanges will increase significantly, the standard of living will rise  and many social problems will be solved. Last but not least, a lot of infrastructure projects will be realized in BRICS member countries. (RUSSIA & INDIA REPORT, 03.07.2015).

To ensure the interests of BRICS being safeguarded in the future, close interaction and cooperation among youth is a desired objective. A memorandum of understanding and cooperation on youth policy within BRICS was signed in Kazan, Tatarstan, prior to the BRICS Summit in Ufa. The memorandum sets forth a number of specific steps aimed at promoting scientific cooperation between the five countries’ youth, including the creation of a system of research institutions, the development of technology parks, and the organisation of exhibitions on research-related subjects. The document also offers the idea of having the five BRICS countries create a joint space station. «Working together on a space station for exploring outer space and carrying out manned programmes could become a symbol of the new world order based on BRICS values,» the memorandum reads.

The leaders of Brazil, Russia, India, China and South Africa adopted an Action Plan that details the work of the group for the upcoming year and also includes the new promising areas of cooperation. Another final document approved at Russia’s initiative is the Strategy of Economic Partnership of BRICS countries up to 2020. It is aimed at expanding multilateral business cooperation with the goal of stepping up social and economic development and increasing the competitiveness of BRICS countries in the global economy. The door has been opened to the practical operation of BRICS financial institutions, the New Development Bank and Contingent Reserve Arrangement, with a total capacity of $200 billion. A special roadmap will be developed for major collaborative projects in infrastructure, industry, agriculture and humanitarian interaction. Furtermore, a BRICS virtual portal has been started, giving detailed information about BRICS events and objectives worldwide.