Russia’s Ural mountains (Уральские горы) stretch for thousands of kilometres north to south, from the Arctic Ocean down to central Russia, dividing the continent into two parts: Asia and Europe. They appeared nearly 300 million years ago as vestiges of long-gone tectonic activity. Their highest peak is Mount Narodnaya (Гора Народная), at 1?894 metres above sea level, in Tyumen Oblast. There are six administrative regions in the Urals Federal District, which was created in May 2000:  Kurgan Oblast, Sverdlovsk Oblast, Tyumen Oblast, Chelyabinsk Oblast, Khanty-Mansi Autonomous Okrug and Yamalo-Nenets Autonomous Okrug. The Urals are an area of great ethnic variety. Russians, Tatars, Ukrainians, Bashkirs, Khanty, Mansi and Nenets from the Yamal Peninsula live here, side by side. The Khanty and Mansi are known collectively as Ob Ugric people, speaking their own languages. The Nenets (ненцы), an indigenous people of northern arctic Russia, speak the tundra or forest varieties of the Nenets language. Furthermore, the Ural mountains are an area of migration, attracting many people from different parts of the Russian Federation and former Soviet republics, due to its industrialization with great job opportunities. On the 18th of May 2016, a seminar on migration issues was held in the Urals Federal District by representatives of the Russian Federal Agency for Ethnic Affairs. 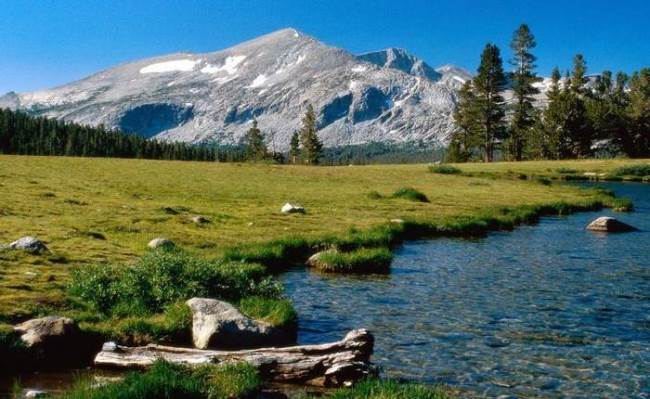 Presidential Envoy to the Urals Federal District Igor Rurikovich Kholmanskikh (Игорь Рюрикович Холманских) was born in the industrial Urals town of Nizhny Tagil (Нижний Тагил), on the 29th of June 1969. Both, his father and mother worked at UralVagonZavod (УралВагонЗавод). His half-brother is a doctor in the clinic of Nizhny Tagil. In the late 1980s he served in the Russian Armed Forces as military instructor. In 1994, Igor Kholmanskikh graduated from the Urals Politechnic Institute as mechanical engineer for wheeled and tracked vehicles. While studying, he had already begun to work as loader at UralVagonZavod. After graduating he continued as mechanical engineer and was promoted to deputy director, in 2006. Igor Kholmanskikh took an active part in the campaign for the Russian presidential elections, supporting Vladimir Putin, in 2012. After the election, President Vladimir Putin appointed him as Presidential Envoy to the Urals Federal District, on the 18th of May 2012.

Igor Kholmanskikh’s home town Nizhny Tagil is a city in Sverdlovsk Oblast, located 25 kilometres east of the border between Asia and Europe. The city is one of the rare natural store rooms in the Ural mountains. Many mineral deposits containing 63 elements of the periodic table have been found there. With a population of 362.000, Nizhny Tagil is an industrial centre of the Middle Urals. The power-intensive industries of ferrous metallurgy, engineering and metal working are located here. More than 600 manufacturing companies operate in Nizhny Tagil, which developed as one of the early centres of Russian industrialization, in the 19th century, and has been a major Russian producer of cast iron and steel since then. Nizhny Tagil Iron and Steel Plant and UralVagonZavod are the biggest plants in the city, today.

UralVagonZavod was created during the five-year period 1933 to 1937 and named after Felix Dzerzhinsky. The plant occupies 827 hectares in Nizhny Tagil. During the Great Patriotic War (1941-1945), eleven companies from the western part of the Soviet Union were evacuated to Nizhny Tagil, including the Kharkiv Locomotive Factory. During the war, UralVagonZavod produced aircraft, bombs and tanks. After the war it was expanded to produce machinery for the agricultural, railway, aviation and space sectors. Today, there is a wide range of products from military and railway vehicles to containers, road-building machinery, tractors and tanks. UralVagonZavod is the world’s largest producer of battle tanks. It is especially famous for its battle tanks T-54A, T-55, T-62, T-72, T-90, T-95 and T-14.

Despite this heavy industrialization, the Ural mountains have retained their natural beauty and mysterious charm as one of the world’s ancient places, where human beings already lived 11.000 years ago. The Shigir Idol (Шигирский идол) is about 11.000 years old, dating to the start of the Holocene period at the end of the last Ice Age and beginning of present era. It was found in a gold mine half-way between Nizhny Tagil and Yekaterinburg( Екатеринбург), in 1890. The wooden parts of the statue were retrieved, piece by piece. When assembled, the sculpture was 5,3 metres tall. The owner of the gold mine, Count Alexey Stenbok-Fermor, handed the Shigir Idol over to the Urals Natural Sciences Society, today known as the Sverdlovsk Oblast Museum of Local Lore. This museum is an interesting spot for locals and tourists alike. It is located in Yekaterinburg, Malysheva Street 46.

Russian scientists began to study the Shigir Idol, in 1997. With radiocarbon analysis they were able to establish its age. In August 2015, the Shigir Idol was officially recognized as the world’s oldest wooden sculpture, which means that the development of European culture came from the Ural mountains in Russia. «So it is time to rethink history. The hunters and gatherers living in the Ural mountains 11.000 years ago  exhibited a high level of development. They lived in harmony with the environment and knew far more about it than modern people can imagine», according to Mikhail Zhilin, a leading researcher at the Institute of Archeology in the Russian Academy of Sciences (RUSSIA BEYOND THE HEADLINES, 23.10.2015).

The Ural mountains are probably the oldest mountain range of the world, where visitors can follow the traces of past civilizations. In the Middle Urals some dolmens are older than the pyramids of Egypt. In the north of Yekaterinburg, some megalithic tombs were  found, in 1958. They are close to the Iset river. These dolmens in various dimensions are manmade. A cult place called «Devil’s Settlement» is located 25 kilometres northwest of Yekaterinburg. It looks like a pile of rocks on the top of a mountain. This was a place of sacrifice for the people living here in the early Iron Age. Archaeologists found burnt bones in the «Devil’s Settlement», also some ceramics and copper plates. Another interesting place to visit are the Petrogrom rocks, 30 kilometres to the northwest of Yekaterinburg. These are high granite rocks on top of a mountain. Archaeologists discovered 18 furnaces in the Petrogrom rocks. They were used by blacksmiths of the Itkul culture, who smelted copper in these furnaces. About 27 kilometres west of Yekaterinburg, near the town of Severka, some petroglyphs have been found. The Severka petroglyphs look like an art gallery of the Stone Age, showing images of human beings, reindeer and water birds. They were discovered in 1985 (RUSSIA & INDIA REPORT, 05.03.2015).

The Ural mountains are famous for gold, coloured and precious stones: alexandrite, amethyst, diamonds, emeralds, malachite, rhodonite, topaz and tourmaline. In the 19th and 20th century, the Urals were the main suppliers of raw materials for Russia’s jewellery industry. The Berezovsky gold mines (Берёзовское месторождение), 13 kilometres to the northeast of Yekaterinburg, are the heart of Russia’s gold homeland. For more than 260 years, gold has been found here, and the mines are still active. Tourists can take part in gold panning or visit the two Gold Museums of Berezovsky. One is private, the other public. They present charts, miners’ tools, gold wares and a collection of beautiful minerals as well as gold-bearing rocks. Russian emeralds come from the Malyshevo emerald mines near the Malyshevo village, 60 kilometres from Yekaterinburg. They are the largest in Russia as well as Europe. Tourists are invited to visit the place, where the first Urals emerald was found. They may walk around the quarry observation deck and the diamond-cutting workshop to watch a master class in working gems (RUSSIA & INDIA REPORT, 21.04.2014).

Emerald from the Malyshevo mines:

The Rezhevskoy Mineral Reserve near Rezh, 83 kilometres northeast of Yekaterinburg, is the centre of the Urals Jewel Belt. This amazing natural mineral reserve protects more than 60 old and new mineral mines containing agate, amethyst, beryl, chalcedony, emerald, opal, smoky quartz and topaz. There are also two museums open to visitors. The Urals diamond cutting centre is located in Murzinka, halfway between Rezh and Nizhny Tagil. Over 70 mines are grouped around Murzinka with aquamarine, amethyst, beryl, garnet, ruby, smoky quartz, tourmaline and topaz. Some of the mines may be visited by tourists. The Fersman Mineralogical Museum houses every kind of Urals gems (RUSSIA & INDIA REPORT, 21.04.2014).

Not only tourists visit the Urals but extraterrestial entities, too. A meteor came to earth and hit the Chelyabinsk region, in February 2013. This visitor was 4,5 billion years old. «The celestial body was formed in the asteroid belt between Mars and Jupiter. It took the meteor over 1.2 million years to reach the Ural mountains, where he produced great astonishment among the population. It burnt as bright as thirty suns, while traveling through the Russian sky. The intense heat evaporated three quarters of the meteor, leaving six tons of space matter that represented only 0.05 percent of the original rock. A team of Russian scientists said that the rock entered the atmosphere at a speed of 19 kilometres per hour. It was 18 to 20 metres wide and weighed 10.000 tons. In October 2013, the biggest fragment of the meteorite, weighing 1.430 pounds, was recovered from the bottom of Lake Chebarkul (THE VOICE OF RUSSIA, 05.12.2013 and 23.05.2014).

Scientists are still researching the Chelyabinsk meteor, which remains full of mysteries. Natural magnesium-iron nanocrystals were found in the fragments, revealing new information about the nature of nanomaterials and the conditions of their natural formation. The Russian scientist Dmitry Pavlov said, «The meteor’s nanocrystrals consist of ferropericlase. This material can be found in magnesium, iron and oxygen. It is formed only in the upper layers of mantle under extremely high pressure and temperature. When the celestial body fell to Earth, it could have reached thousands of degrees. One of the fragments was taken to Chelyabinsk for further examination. Objects with nanocrystals are extremely interesting in terms of their physical qualities. The meteorite nanocrystals are luminescent. They emit visible and infrared radiation in the wavelength range of 675 to 800 nanometres» (THE VOICE OF RUSSIA, 07.03.2016).

Today, the Chelyabinsk Museum of Regional Studies houses the famous Chelyabinsk meteorite, while some other of its fragments moved to the Moscow Planetarium.