Olivia Kroth: June is the time of film festivals in Russia

June is the time of film festivals in Russia

In the Russian Federation, June is a highlight for cinema fans. Each year, two cinema festivals are held at the beginning and the end of this month: the Kinotavr Film Festival in Sochi, during the first week of June, and the International Moscow Film Festival, in the last week of June. Both have their special outlook: Kinotavr (Кинотавр) is a national festival, showing only Russian films, while the International Moscow Festival invites renowned film directors from around the world to present their newest productions. Russian cinema is generally becoming more competitive at home and worldwide. Cinema fans are paying special attention to Russian films in 2016, since President Vladimir Putin named it the «Year of Russian Cinema». Nikita Mikhalkov, Russia’s most prominent film director, producer and president of the International Moscow Film Festival, said in an interview: «Russian cinema has drifted towards visual appeal and become more entertaining than twenty years ago, when people used to turn to films for answers to pressing questions. Making money and getting through to the audience are two different tasks …» (Interview by Tatiana Zaitseva, AEROFLOT.RU, June 2016). Nowadays, Russian cinema tries to fulfill four tasks, which seems to be quite an ambitious project: answering pressing questions, getting through to audiences, offering visual appeal and, last but not least, making money.

Kinotavr takes place in the beautiful seaside town of Sochi, located on Russia’s Black Sea coast, which is a tourist attraction for itself, apart from the annual Kinotavr Film Festival, a highlight for Russian actors, directors producers and script writers. After the impressing opening ceremony, on the 6th of June 2016, Kinotavr began with the movie «Petersburg – Only With Love». President Vladimir Putin greeted guests and participants on the occasion, saying that Kinotavr had become a «meeting point, both for famous actors and novices alike».  The history of Kinotavr began in 1991. It was headed by Oleg Yankovsky as president from 1993 until his death, in 2009.

Oleg Ivanovich Yankovsky (Олег Иванович Янковский; 1944-2009) was a Russian actor who excelled in Soviet cinema. He was born, on the 23rd of February 1944, in Jezkagan, Kazakhstan. In 1965, he joined the Saratov Drama Theatre. His film career began in 1967 with movies about the Great Patriotic War (1941-1945). Oleg Yankovsky had a prolific screen career, appearing in many film classics. He also starred in TV versions of theatre productions. In 1984, he was awarded the USSR State Prize. Later, he received several Nika Awards from the Russian Film Academy. Oleg Yankovsky died in Moscow, on the 20th of May 2009.

Alexander Rodnyansky, President of the Minotavr Film Festival 2016, said that this year they wanted to present «contemporary women’s films to the audience» (RUSSKIY MIR,  07.06.2016). He is a seasoned film director and has served as Minotavr’s President, since 2004. Alexander Yefimovich Rodnyansky (Aлександр Ефимович Роднянский) was born in Kiev, in 1961. After graduating from Kiev’s National University of Film, Theatre and Television as documentary director, he first worked at a film studio of his home town. During his career, he produced over 30 films and more than 20 television series. He has directed 10 feature documentaries and won more than 40 prestigious awards, including the Russian National Film Award Nika.

In 2013, Alexander Rodnyansky published his book, «What makes a producer». It became one of the non-fiction bestsellers of that year. In 2015, a second edition was published, including several new chapters describing behind-the-scene stories of his films «Stalingrad» and «Leviathan». The film producer and director is very active in professional film industry associations and has served in the juries of various film festivals. He is also a member of the National Academy of Film Sciences of Russia (Golden Eagle), a member of the Russian National Film Award (Nika) as well as the Russian Academy of Television.

The main competition of Kinotavr included 14 films, of which «A Good Boy», directed by Oksana Karas, was chosen as this year’s winner of the Grand Prix. The main character of the movie, Kolya Smirnov, is a schoolboy in love with one of his teachers, while the headmaster’s daughter falls in love with him. So Kolya must decide which of them he likes better. «The film is a comedy about human foibles and illusions. Its hero Kolya gets involved in a love triangle and must sort out his love life as well as his school life» (KINOTAVR.RU, June 2016).

Film director Oksana Karas said, «I am interested in characters than you can empathize with. When I was preparing for the filming, I focused on our good old Soviet cinema, which was loved for its sincere tone and simplicity. ‘A Good Boy’ is an actors’ movie. It is very simple, without any snobbery or moralizing, a sincere story about a young person growing up» (EDESNEWS.COM, June 2016). Oksana Karas (Оксана Карас) was born in Kharkov on the 19th of July, 1979. She received her diploma from VGIK, the Gerasimov Institute of Cinematography in Moscow, in 2009. While VGIK is considered as the oldest film school of the world, Oksana Karas is one of the youngest female film directors, a new star on the firmament of Russian cinema.

Konstantin Khabensky won this year’s Kinotavr prize as Best Actor in the film «The Collector» by Alexey Krasovsky. Natalya Pavlenkova received the prize of Best Actress for her role in the movie «Zoology» by Ivan Tverdovsky. Kirill Serebryannikov with his film «The Student» was announced as Best Director. «The Mortgage Loan», directed by Vadim Valiullin, was chosen as best short-length film of the Kinotavr Film Festival 2016. It deals with a woman who learns that she has an incurable disease and hears about her husband’s death in a traffic accident, at the same time. When she gets a sum of money, she can pay back her mortgage loan (RUSSKIY MIR, 10.06 2016 and 14.06.2016).

The 38th Moscow International Film Festival was held from the 23rd to 30th of June, 2016. The festival’s top prize is the statue of Saint George slaying the dragon, as represented on the coat of arms of Moscow. Since Nikita Mikhalkov became the festival’s president in 2000, this festival has gained considerable reputation as a prestigious venue for world premieres. The programme has been gradually expanded to include more showings, both retrospective and modern. Participation in the Moscow International Film Festival has become a kind of quality stamp. This year, 12 films from 11 countries were shortlisted.

Nikita Mikhalkov said in an interview: «We have a general direction of search in mind. We want to take a closer look at the new films from Latin America and Asia to discover what has been unnoticed so far. This year, for instance, we will have a retrospective of cinema from Arabic countries. I am excited to see what will come out of it. Perhaps it will broaden our understanding of the nature of ongoing conflicts in the Middle East. Cinema is always an investigation, it allows one to interpret many new phenomena» (Tatiana Zaitseva, AEROFLOT.RU, June 2016).

Viktoria Isakova (Виктория Евгеньевна Исаковa) is one of the jury members at the Moscow International Film Festival. Born in Dagestan (12.10.1976), the Russian actress moved to Moscow with her parents, when she was thirteen. She entered the Russian Academy of Theatre Arts, and one year later, the Moscow Art Theatre School. From 1999 to 2001, Viktoria Isakova worked for the Chekhov Moscow Art Theatre, appearing as Nina in Anton Chekhov’s «The Seagull». In 2001, the actress joined the Moscow Pushkin Drama Theatre. On screen, she debuted in the TV series «Chekhov & Co», in 1998. Her cinema breakthrough followed, in 2005. She received the Russian Golden Eagle Award as Best Actress on Television, in 2013.

At this year’s festival, an Iranian film was the big winner. The jury awarded the Grand Prix to «Daughter», produced by Reza Mirkarimi. «Daugther» is a drama telling the story of a traditionalist Iranian family, where a conservative father takes all the decisions. The customary system of life collapses, when the fifteen-year-old Segareh takes a flight to Teheran to see off her friend emigrating, instead of taking part in the celebration of her younger sister’s engagement. Farhad Aslani, who plays the girl’s father, was named Best Actor at the 38th Moscow International Film Festival (TASS, 01.07.2016). 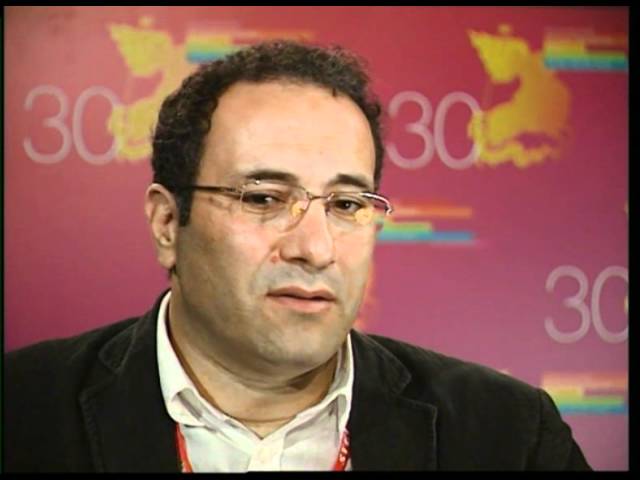 It is the second time that Reza Mirkarimi won this prestigious prize, the first time was for «As Simple As That», in 2008. «This is the second time I get a Golden St George in Moscow, and I received both prizes for films about family values,» the Iranian film director said at the award ceremony in Moscow. Reza Mirkarimi was born in Teheran, on the 28th of January 1966. He is a renowned Iranian film writer, director and producer, who graduated from the Teheran Fine Arts University in Graphic Arts. His cinema activities started in 1987, and he also helps other young Iranian directors by producing their films. Reza Mirkarimi furthermore sat on several international film festival juries.

The Stanislavsky Prize was given to Russian actress Marina Neyolova for her outstanding achievement in the career of acting and her devotion to the principles of the Russian Stanislavsky School of actors. The Stanivslavsky system of acting is a progression of techniques used to train actors to create believable characterizations for their performances. The system was originally used by Konstantin Stanislavsky (1863-1938), a Russian actor and director at the Moscow Art Theatre. The system is based on the concept of emotional memory, for which an actor focuses internally to portray a character’s emotions onstage. Later, between 1934 and 1938, a method of physical actions was added, in which emotions are produced through the use of these actions. The complex system is the result of Stanislavsky’s many years of efforts to determine how someone can control in performance the intangible and uncontrollable aspects of human behavior. Today, the Stanislavsky system is considered a classical acting philosophy in Russia. 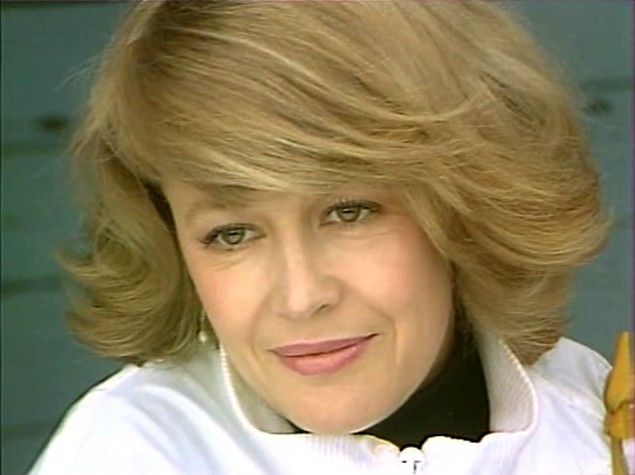 Marina Neyolova (Марина Мстиславовна Неёлова) was born in Leningrad, on the 8th of January 1947. The actress appeared in more than 70 films during her long career. She played characters whose outer and inner beauty were outstanding. Marina Neyolova received thousands of letters from her fans during her lifetime, all sharing the same line, «How did you manage to describe my life so accurately?» She was especially brilliant in Nikolai Gogol’s «The Overcoat» and Anton Chekov’s «The Cherry Orchard» (38TH MOSCOW FILM FESTIVAL.RU, June 2016).

The Moscow International Film Festival was held at the Rossiya Theatre on Pushkinskaya Square. It is a monument of architecture, the largest theatre in Moscow. Built in 1961, it underwent several reconstructions. The Rossiya Theatre has always hosted major events, such as the Moscow International Film Festival. In 1997, it as leased and later sold to the large Russian film distributor Karo Film. The theatre has a capacity of 1.750. During the last week of June 2016, it was the backstage for many famous movie people, a «star walk» of Russian and international cinema.