Russia and Myanmar: “Friends in need are friends indeed” 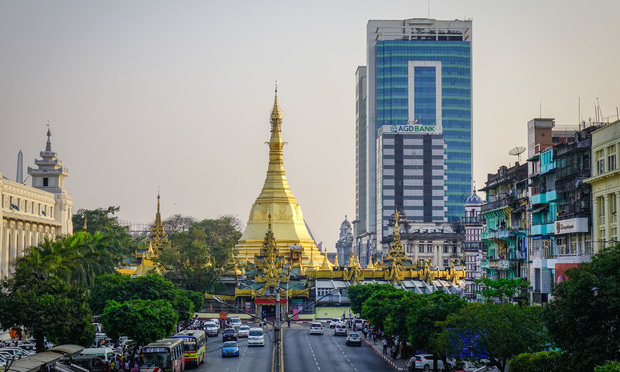 Russia’s foreign policy has evolved from Western-oriented to multi-dimensional, with a strong focus on Southeast Asia. One of these Southeast Asian states is the Republic of the Union of Myanmar, with natural resources, emerging markets, and an interesting geographic location. It occupies a strategic location facing the Indian Ocean. The country links East Asia, Southeast Asia and South Asia (SAGE JOURNALS, 01.08.2015). Since the 1950s, Myanmar – then still called Burma – and the Soviet Union began cooperating in many areas. This fruitful cooperation between Myanmar and the Russian Federation is continuing and intensifying in the 21st century.

The analyst Ludmila Lutz-Auras, in her interesting article about “Russia and Myanmar – Friends in Need,” published in the Journal of Current Southeast Affairs (SAGE JOURNALS), notes that when Burma regained its independence, on the 4th of January 1948, after a long period of anti-colonial struggles against British occupation and exploitation, the country faced many difficult challenges.

In the middle of the 1950s, the Soviet Union and Myanmar, then called Burma, entered into a dialogue. This prepared the ground for common interests. The USSR provided Burma (Myanmar) with active technical and material assistance. Soviet specialists helped to rebuild Burmese cities and towns. They installed a technological institute in Rangoon, which is called Yangon today. They furthermore built a 206-room hotel on the shores of Lake Inya and a hospital in Taunggi.

Under President Vladimir Putin, the Russian Federation took a proactive approach towards the region of Southeast Asia. Myanmar played a key role in this strategy, serving as a bridge between China and India. Russia and Myanmar strengthened their ties in the defence and energy sectors. During the visit of Vice Chairman Senior General Maung Aye to Moscow in April 2006, the two sides signed agreements for cooperation in the oil sector, in anti-drug trafficking, and on the protection of secret information.

In 2007, China and Russia jointly vetoed a resolution criticising Myanmar’s human rights record at the United Nations. Politicians of Myanmar thanked Russia for vetoing the resolution. A coalition with Russia brings the small country of Southeast Asia the backing of a strong country in international forums. On the other hand, Russia gained a foothold in the Southeast Asian region. 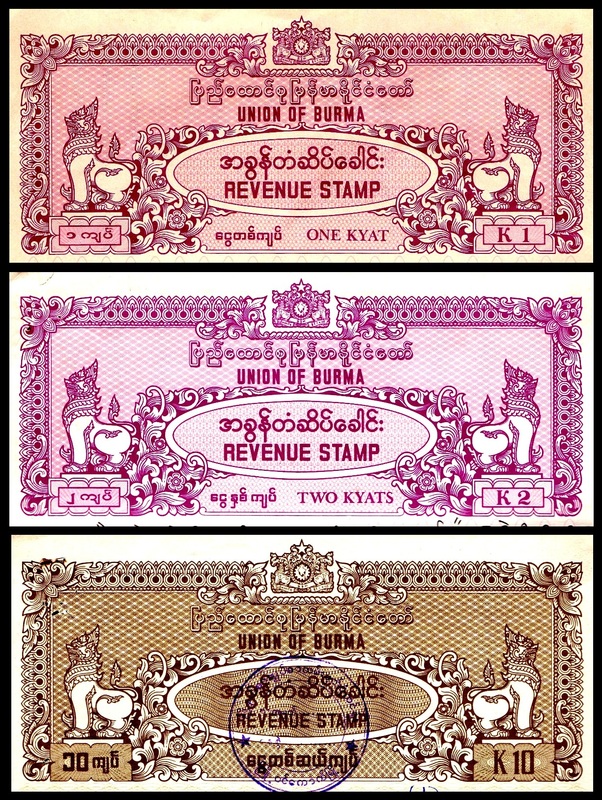 The ‘Foreign Policy Concept of the Russian Federation’, adopted in 2009 by President Dmitry Medvedev and renewed in 2013 by President Vladimir Putin, placed a greater emphasis on the Asia-Pacific as the top priority of Russia’s future foreign policy. In this context, Russia noted the extensive relevance of Southeast Asia as the powerhouse of growth.

Since 2010, Myanmar has been receiving increasing attention. Its economy has opened a new frontier for foreign investment. The mainly rural, densely-forested country is rich in natural resources, including gas, gems, minerals, oil, teak. In contrast to western countries; imposant sanctions upon Myanmar, Russia never interrupted its contact to the country.

In 2013, Myanmar gave Russia’s oil company Bashneft International the right to develop an onshore energy block, EP-4, with an area of 841 square kilometres, situated in the Central Basin of the country. With an investment of around 38.3 million USD, Russia’s sixth-largest oil producer, Bashneft, acts as the main operator of the undertaking, holding a 90 per cent stake, while Sun Apex Holdings Limited from Myanmar owns the remaining 10 per cent.

Russia wants to strengthen its economic ties with Myanmar, President Putin announced at a meeting during the Russia-ASEAN Summit in Sochi, in 2016, with Htin Kyaw who was President of Myanmar at that time: “One should say straight away that the level of trading and economic relations is not very high for the time being, but there is a good potential for the development of our relations. This applies to the economy, politics and military-technical cooperation” (TASS, 19.05.2016). 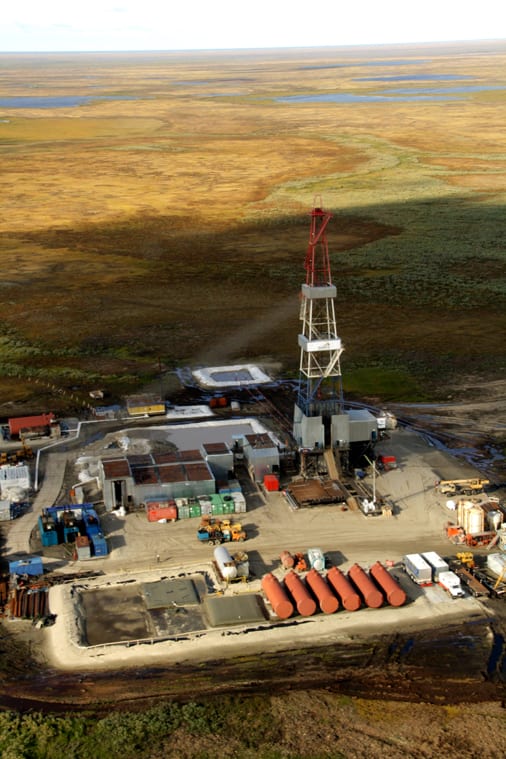 On the sidelines of the Russia-ASEAN Summit in Sochi, Russia’s export company Rostec announced that it was interested in supplying Myanmar with high tech products: “Rostec is interested in cooperation with the Republic of the Union of Myanmar in the field of hi-tech industrial products supplies. We are ready to supply helicopters, motor trucks, energy and gas pumping equipment, up-to-date lighting systems, medical equipment, air traffic control systems (TASS, 19.05.2016).

One year later, in 2017, Russia and Myanmar signed an agreement on setting up a Russian trade mission in Yangon. The mission works to facilitate the expansion of trade and economic ties, as well as help organize international exhibitions on the territory of both countries. In August 2017, the first batch of Kamaz trucks was supplied to Myanmar, via the trade mission.

In July 2018, the Roscongress Foundation of Russia and the Federation of Chambers of Commerce and Industry in Myanmar signed a document on cooperation, to facilitate the development of trade and economic relations between both countries. In particular, a business network needs to be created that will help disseminate information on business opportunities in both countries. Congress and exhibition events need to be prepared, as well as the exchange of publications, statistics, legal regulations and trade bulletins (TASS, 27.07.2018).

The Roscongress Foundation is a socially oriented non-financial development institution and a major organizer of international business conventions and exhibitions, as well as of cultural, public, social and sporting events. The Foundation was established in 2007 with the aim of facilitating the development of Russia’s economic potential, promoting its national interests and strengthening the country’s image.

Each year, the Foundation’s events draw participants from 208 countries and territories, with more than 15.000 media representatives working on-site at Roscongress’ various venues. The Foundation benefits from analytical and professional expertise, provided by 5000 people working in Russia and abroad. In addition, the Foundation works in close cooperation with 127 economic partners  in 69 countries worldwide. 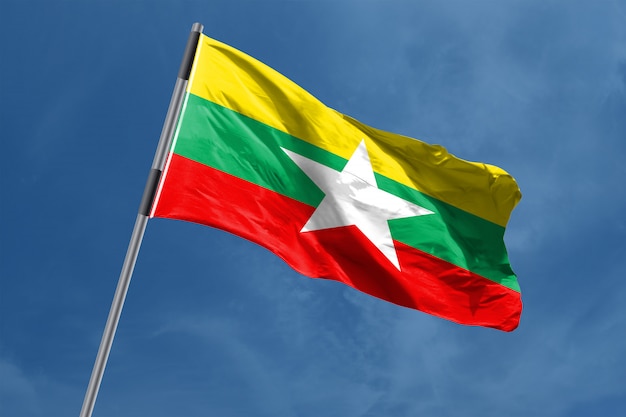 Military cooperation between Russia and Myanmar began in the 1990s and gained momentum during the 2000s. In 2001, Russia sold Myanmar four MiG-29 jet fighters, another ten in 2002, and in 2006 the Russian Aircraft Corporation MiG opened an office in Yangon. In 2009, the state-owned enterprise Rosoboronexport signed a contract to supply twenty more MiG products to Myanmar.

According to him, Russian armaments have already proved their capability during their operation in Myanmar’s Armed Forces. “These are, in particular, the Mi-24, Mi-35 and Mi-17 helicopters, as well as the MiG-29 fighter aircraft, the Yak-130 combat-capable trainer aircraft, the Pechora-2 air defense system and other equipment,” he specified.

He also reported that more than 600 military from Myanmar are studying in Russia’s higher military educational institutions. “All of this helps tighten security in Southeast Asia and the Pacific Rim in general,” General Alexander Fomin concluded (TASS, 22.01.2018).

Visiting a temple in Yangon, Myanmar: 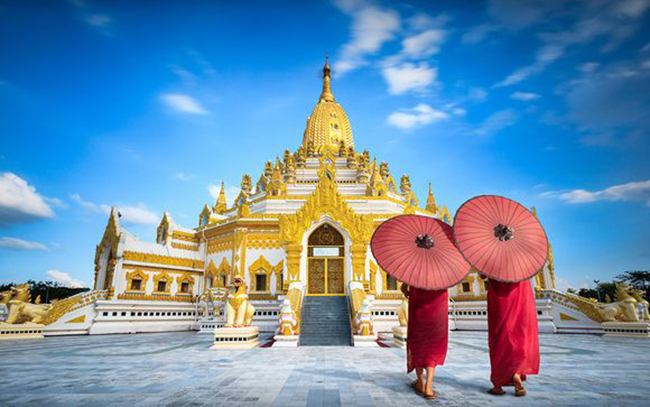 In April 2019, a delegation from Myanmar visited Russian defence enterprises and attended the 8th Moscow Conference on International Security. Its agenda included “significant issues arising when formulating approaches to international security, furthermore an exchange of opinions on modern military dangers and threats, including the modernization of the arms control system. The participants discussed the situation in the Middle East, Asia, Africa and Latin America” (TASS, 24.04.2019).

A ship of the Russian Baltic Fleet was sent to Myanmar, in November 2019. “The Baltic Fleet’s training ship Perekop, with over 100 cadets of the Pacific Higher Naval School on board, made a business call at the port of Yangon in the Republic of Myanmar. The business call of four days envisaged replenishing shipboard supplies to the required level. The Russian sailors and naval school cadets also got a possibility to go on a sightseeing tour and have a rest on the shore. The cadets are practicing navigational disciplines and sharpening their skills of steering the vessel in the southern latitudes of the Pacific and Indian Oceans” (TASS, 13.11.2019). 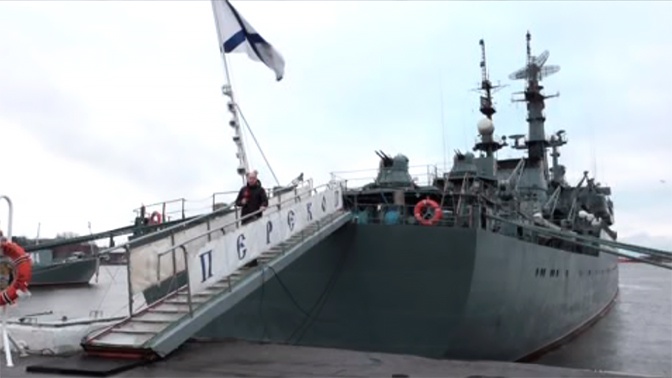 In August 2020, a military delegation from Myanmar took part in the International Army Forum 2020 near Moscow. Russia’s Deputy Defence Minister, General Alexander Fomin, met with the visiting Chief of the General Staff of Myanmar’s Armed Forces, General Mya Tun Oo, to discuss military cooperation between the two countries. General Mya Tun Oo flew to Moscow to take part in the opening ceremony of the 2020 International Army Games and the Army-2020 International Military Technical Forum, held in the Patriot exhibition centre near Moscow, from August 23 through 29.

Last but not least, Russia and Myanmar are cooperating in the private sector of high fashion and luxury jewellery. Since 2018, the Russian fashion house of Ulyana Sergeenko is working together with Ravi Lunia, the director of Faidee Jewels, specialized on rubies from Myanmar. They presented their creations during the haute couture fashion week in Paris, on the 3rd of July, 2018. 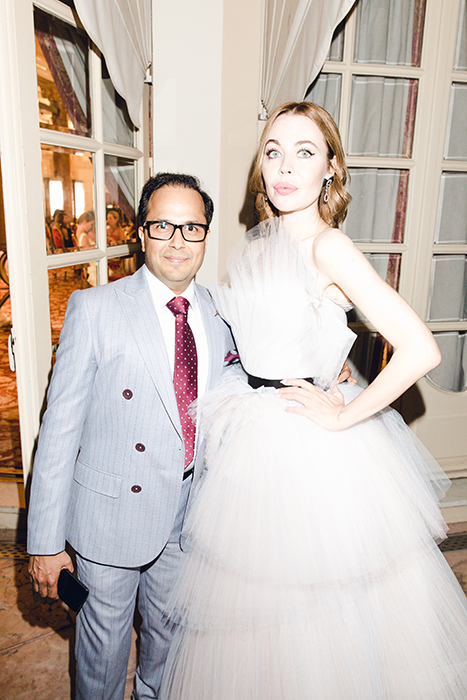 Ulyana Sergeenko about the collaboration with Faidee : «It was a big pleasure working with my dearest friend Ravi Lunia on this incredible collection. He is a true artist». Ravi Lunia said, «Happily collaborating with Ulyana Sergeenko, it was natural to proceed with the creation of our joint collection uniting the sophisticated sense of taste and style of Ulyana and the passion of Faidee for rubies from Myanmar and artisanal craftsmanship» (CITY LIFE PRESS, 04.07.2018).

After Paris, the Faidee and Ulyana Sergeenko collection was displayed in Monte Carlo at the Hotel Hermitage, in the Salon Belle Epoque, during the Jewellery exhibition, July 31 to August 17, 2018:

“An exclusive collection of Faidee jewellery masterpieces were presented to guests and celebrities during a gala dinner inside the Salon Belle Epoque on the 2nd of August, followed by the presentation of the joint collection Ulyana Sergeenko & Faidee. The Gala dinner was enjoyed by a number of Russian celebrities, among them Vera Brezhneva, Svetlana Bondarchuk, Nadezhda Oboletseva, Natalya Yakimchik, Irina Milova, Olga Slutsker, Galina Agapova, Ekaterina Smirnova, Olga Krutaya” (THE JEWELLERY INFLUENCER, 03.08.2018).

Myanmar rubies have an intense colour, often described as ‘pigeon-blood’, coupled with resplendent lustre and fluorescence. The legendary Mogok valley in Myanmar is the world’s pre-eminent source of rubies, providing the world with the highest of qualities. Mogok is a city in the Pyin Oo Lwin District of the Mandalay Division in Myanmar, located 200 kilometres north of Mandalay. Mogok was founded in 1218 by three hunters who discovered rubies at the base of a collapsed mountain. In 2018, Mogok commemorated the 800th anniversary of the city’s founding.

“Throughout history, monarchs of every culture and nation have regraded the ruby as a regal symbol of everlasting beauty, wealth and power. In the Orient, the ruby was held to be a good luck talisman, possessing special powers. The gift of rubies was also an expression of love and lasting devotion. Furthermore the ruby is the birthstone for those born in July, promising strength of body and soul, as well as protection from danger or evil” (Ravi Lunia, Faidee.com).

Mogok and the Valley of Rubies in Myanmar: 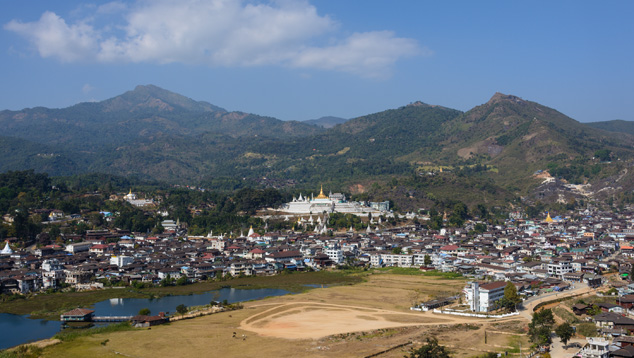 “For more than a thousand years, fables and legends were told  about the mines of Myanmar that held auspicious, red gems in great abundance, with numerous accounts in gemological literature placing the purest rubies in the Mogok area. However, for a long time very little was known or recorded about these precious gems and it remained a closely-guarded secret for many centuries.

As time progressed, tales of the wonders of Myanmar trickled out to the far reaches of the globe, attracting explorers, travelers and artists. By the late 1700s, the brilliance of the Myanmar ruby became renowned to the world. As a result of its production of legendary rubies, Myanmar resonates with intrigue and mystery. Its rich cultural history, grand architecture, and almost magical gems forever guarantee Myanmar a place in the hearts and minds of aficionados for generations to come” (Ravi Lunia, Faidee.com).

Rubies from Myanmar, presented by the Faidee House of Jewellery:

Just like Myanmar, the vast expanses of the Russian Federation also own a great abundance of precious stones, for example diamonds in Yakutia and emeralds in the Ural Mountains. The brilliance of Myanmar and of Russia are renowned in the entire world, making these two allied countries very precious and special. They will both be loved for generations to come.

Olivia Kroth: The journalist and author of four books lives in Russia. Her blog: https://olivia2010kroth.wordpress.com

Russia and Myanmar: “Friends in need are friends indeed”